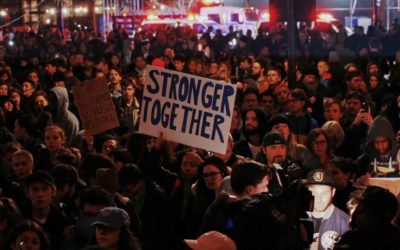 The Greed Economy & The New Corporation

Jennifer Abbott and Joel Bakan and Face2Face host David Peck talk about The New Corporation, economic values, lifting the veil, democracy and justice, authentic hope and why horror movies got it wrong.

Co-directors Joel Bakan and Jennifer Abbott on how, almost twenty years after their first documentary came out, corporations are still driven by psychopathic greed— but are making it look like they’re out to save the world.

Author and film-maker Joel Bakan joins Massey College Principal Nathalie Des Rosiers for a conversation with Junior Fellow Anna Wong and David Schneiderman, from the University of Toronto’s Faculty of Law, to discuss Bakan’s The New Corporation: How “Good” Corporations Are Bad for Democracy. 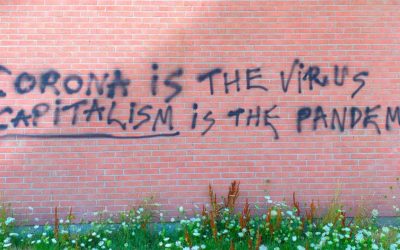 Democracy, not consumption is “how we will amass power to challenge the corporate behemoth”

“Can a Psychopathic Institution Be Redeemed, or Should It Be Eliminated?”

Joel Bakan and Jennifer Abbott on Their TIFF-Premiering Doc The New Corporation: The Unfortunately Necessary Sequel

The Connection Between Big Pharma And Our Kids – Interview by Marilyn Wedge, Ph.D.

Pharmaceutical companies and other corporations are pursuing their own best interests to the detriment of the children to whom their products are aimed. This is the theme of Joel Bakan’s new book, “Childhood Under Siege: How Big Business Targets Children.” Bakan is a professor of law at the University of British Columbia and the author of a previous best seller, “The Corporation.”

Joel is interviewed by the mother and daughter co-hosts about marketing to children.

Spending time in the backyard with his son a few years ago, Joel Bakan asked the boy what he was doing online. His son, 11 at the time, said he’d discovered a “really cool site” named Addictinggames.com. That moment launched Bakan on a journey of virtual discovery. As he browsed websites oriented for kids he found games like Whack Your Soul Mate and Boneless Girl. The former entices a player to choose their own murder scenario between a cartoon couple. The latter features an unconscious, scantily-clad young woman that a player whips and pulls mercilessly across the screen.